INDEPRO Consultores de Ingeniería carries out the necessary studies for Trabancos river restoration, with the main objective of improving the state of the surface water mass. The recovery of the natural ecosystem within the Castilian cereal plain is intended.

This river presents a series of problems, among which the reduction of the river space and the loss of quality of the vegetation strip largely affected by the development of human activity. 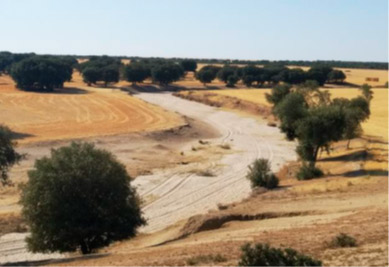 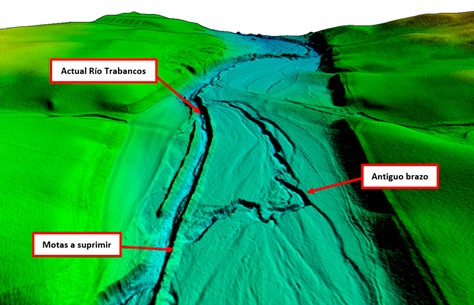 There is a proposition to carry out a series of actions, through which it is intended that the river may eventually occupy the neighboring lands during floods, thus recovering the natural ecosystem characteristic of these plateau rivers, such as traditional plains and meadows, and covering at the same time the stormflows, reducing the damages caused by the floods.

The various lines of action will be the following:

• Improve the sideways connection of the riverbed with the alluvial plain, by removing the obstacles that limit the riverbed (grits and flood defense works).

• Improve the longitudinal continuity of the river system, by eliminating the existing obstacles (manufactured works), recover the former branches as escape channels and clean and restore the riverside vegetation.

• Recover the passage easement area through the access road and the tree line on the outer edge.